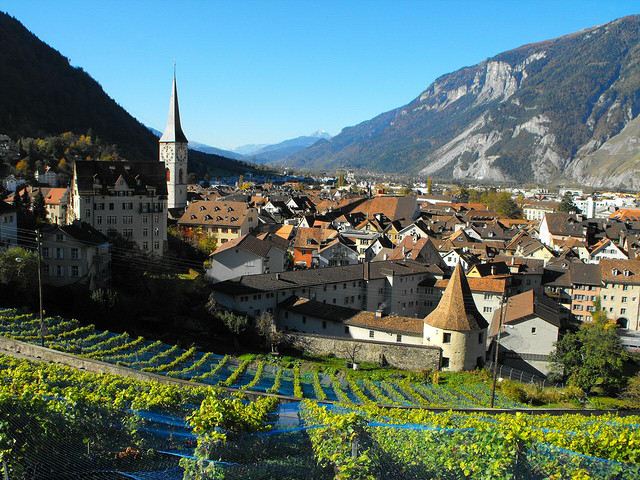 In 2020, Sympheny collaborated with EnergieWasser Chur (IBC) and Elimes on a strategy for the future development of the energy system of the city of Chur. The goal was to determine which technologies and which renewable energy sources would be best suited to supply the city of Chur in the future. The main information to extract from the optimization was two fold: firstly, to directly compare the cost of the energy systems with the generated emissions, and secondly, to help quantifying, in an early step and at a large scale, the amount as well as the type of investment required to move toward a net-zero energy system. The complexity of such an analysis, combined with the ambition of having an optimal and reliable solution, fully taking advantages of the synergies between energy carriers, led the client and the energy planners to Sympheny.

Three scenarios were to be compared: one modelling the present (2018) and two modelling the future situation (2035 and 2050). They would differ in the energy demand required as well as in the pricing of the electricity. Moreover, as ground water heat pumps were considered as a major technology candidate, Sympheny allowed to reliably quantify the amount of heat extracted from / rejected to the source. A crucial information when it comes to the sustainable operation of such a technology.

2 - Features of the Sympheny analysis

In a first step, a catalogue of potential conversion and storage technologies was modelled for the energy hub of the city of Chur. Each technology was defined by its energy carrier, inputs and outputs, conversion efficiency, investment costs, and maintenance costs. The technology costs within the catalogue referred to empirical values and calculations by Sympheny. Production surpluses were set to be able to be exported. Various framework conditions were set to limit the use of specific technologies, e.g. only a certain amount of wood would be available per year in order not to overuse regional resources. These limitations were given by ELIMES.

Figure 1 shows the Energy Hub model for Chur with all technologies, imports and exports. For each of the three scenarios (2018, 2035 and 2050), the energy planners of Elimes quantified the energy requirements of the city, considering an increase in the building efficiency for the years 2035 and 2050. The 2018 scenario modelled the current price structure of the market, where electricity is paid per kWh. For the energy demand of 2035 and 2050, the scenarios included a pricing based on capacity.

The solar potential of Chur assumed an available roof area of 700,000 m2 (50% of the total roof area) and the irradiation values in the horizontal plane from the station square in Chur in 2016 were used.

After being modelled as described in the section above, the three scenarios (2018, 2035 and 2050) were optimized: the Sympheny algorithm selected and dimensioned technologies that would meet the predefined energy demand at optimal costs and CO2 emissions (on the so-called pareto front). For each of the scenarios, five solutions on the pareto front (i.e. solutions with optimal energy systems) were evaluated. Figure 2 shows the total annual costs and CO2 emissions for each solution. From left to right, the annual costs decrease but the CO2 emissions increase. Systems with zero emissions are possible but are expensive. The top (red) curve is the 2018 energy price scenario. The middle(purple) curve is the 2035 power price scenario, and the bottom (blue) curve is the 2050 power price scenario.

From the results, it becomes apparent that a transformation of today's energy supply to a CO2-free energy supply in 2035 is possible with similar life cycle costs as in 2018. The main three drivers that make such a solution possible are: (1) increasing energy efficiency through building renovation and equipment replacement; (2) reducing technology costs through economies of scale; and (3) adjusting the tariff structure by weighting power purchases more heavily than energy purchases. It should be noted that the energy system must be restructured to strictly use technologies based on renewable energy, which in some cases, requires massive investments. However, it was shown that with such investments, the new, completely renewable energy system can be operated with similar life cycle costs as the current system. The simulations and optimizations also showed that IBC should secure future renewable gas (bio or synthetic) and renewable electricity through long-term supply contracts to achieve attractive energy prices for the converted energy system.